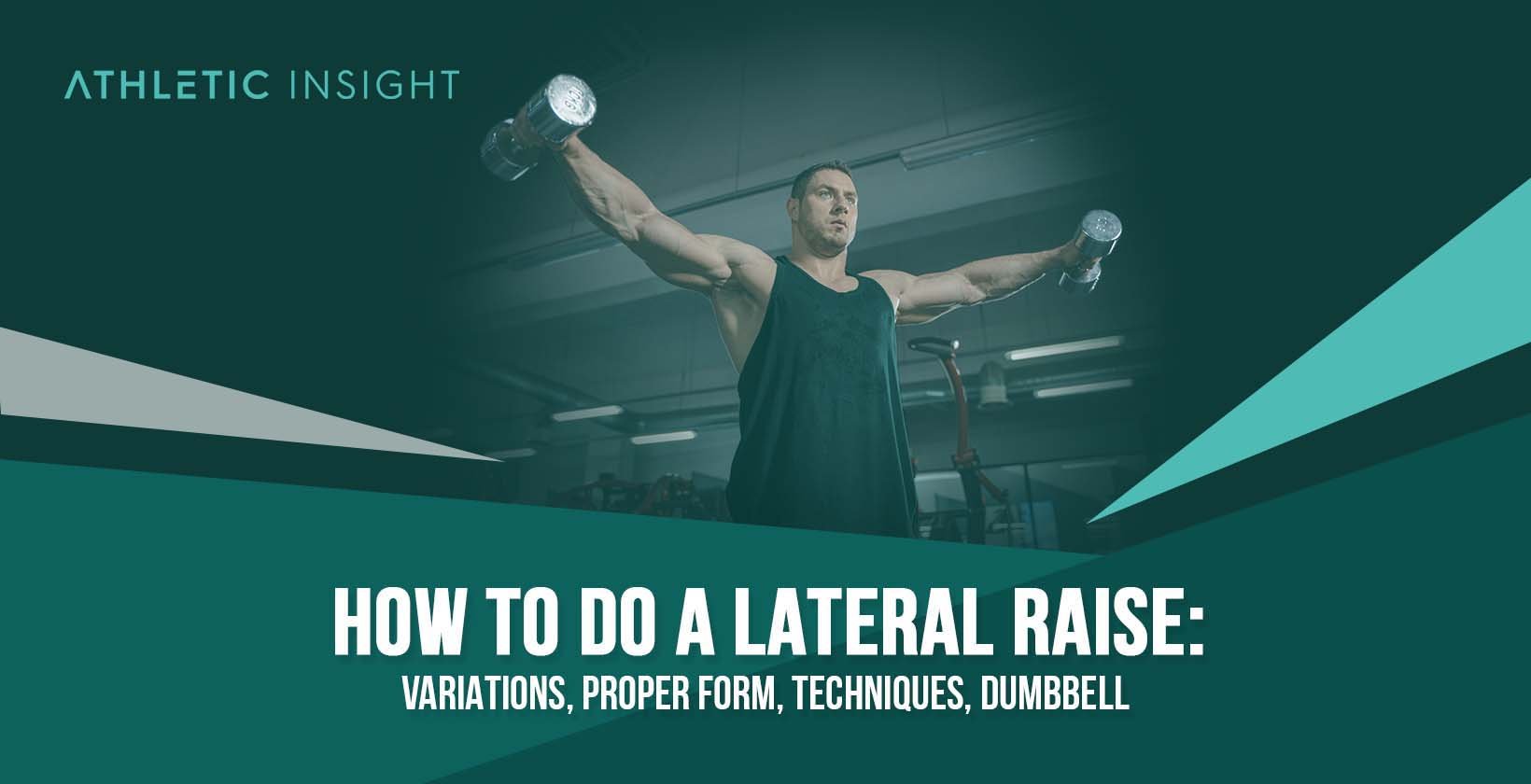 The lateral raise is an isolation exercise that helps to increase strength in the pectoralis major (chest) and in the musculus deltoideus (shoulders). Apart from building strength, it also contributes to improving your posture, increasing grip strength, and challenging your muscles so that they get thrown off their routine.

To master lateral raise, begin with your feet shoulder-width apart and plant your feet firmly on the ground. Now, hold a dumbbell by each side of your thighs with your palms facing the outer part of your thigh. Slowly move your arms up and away from your body until they are horizontal with the floor.

Be careful not to apply excessive weight, not to go too high, and not to twist your wrists as these are the common mistakes with the lateral raise. As a result, common injuries of the lateral raise are strains or muscle tears when proper form isn’t maintained.

How to Perform Lateral Raise with Proper Form?

To dominate the lateral raise, the first step is to perfect its form. It’s important to have slow and controlled movements during this shoulder exercise.

You must maintain a neutral spine position and have the decent grip strength to work the correct muscles.

Remember to breathe normally throughout your workout because this supplies your muscles with oxygen and keeps you focused.

What Are the Benefits of Lateral Raise?

A lateral raise has numerous benefits for people looking to strengthen their shoulders using flexible exercises.

When you master lateral raise, you will quickly notice your shoulders bulking up and becoming more defined. Later raises help work your mirror muscles that are the most visible.

If you want to add some mass to your shoulders, lateral raises are effective. They bulk up your muscle, so you end up with much larger shoulders and upper arms.

Once you incorporate lateral raises into your routine workout, you’ll notice you can do longer sets and more of them. Your endurance increases quickly, which is useful in day-to-day life when lifting heavy things.

A common reason for performing lateral raises, they significantly increase your shoulder strength.

5. Lateral raise is a versatile workout for your arms.

Lateral raise is a compound lift, which means it works with groups of muscles rather than just one muscle. A compound lift means you get more out of this exercise compared to others that focus on one muscle at a time.

6. You can work out one arm at a time or both arms.

If you want a less intense workout, doing one arm at a time is a great way to slow your workout and focus on individual areas of your body.

The neutral spine position required for this exercise naturally corrects your posture.

What Are the Mistakes for Lateral Raise Form?

There are many common lateral raise mistakes when it comes to form.

Injuries that result from these common mistakes are usually muscle strains or pulls or a hernia.

How to Determine Proper Weight for Lateral Raise?

The best way to determine the ideal weight for you is to base it on body weight. Beginners should start with about seven pounds if they don’t have experience with arm and shoulder exercises.

The safest method to choose your lateral raise weight is to multiply your body weight by 0.05 if you are a beginner and 0.1 if you feel confident doing other arm workouts regularly.

Which Muscles Are Involved While Performing Lateral Raise?

A lateral raise is a compound lift, so it works multiple muscles, including the triceps, trapezius in your upper back, and the deltoid muscle group, especially the anterior and lateral deltoids. Most of the muscles in the upper back are pushing muscles.

What Are the Lateral Raise Variations?

A lateral raise variation is the same exercise but performed in a different position, with added equipment, or in conjunction with another movement.

What Is the Necessary Equipment for Lateral Raise?

What Are the Lateral Raise-related Facts?

Here are some useful facts about lateral raises.

Does a Lateral Raise Affect the Hormones?

Yes, all forms of exercise increase hormones like serotonin and dopamine.

Yes, exercises that aim to build muscle do so by releasing testosterone into the body.

Is Lateral Raise Practiced Within Crossfit?

No, Crossfit replaces the lateral raise with the push press, as they feel it is more of a compound exercise with more benefits.

Is Lateral Raise a Military Movement?

Yes, if you do not follow the proper lateral raise form and take your time, you can suffer an injury due to an incorrect lateral raise.

Is Lateral Raise Push or Pull?

Lateral raise is a push exercise because it mainly targets the front and lateral deltoids, which are pushing muscles.

Is Lateral Raise an Olympic Lift?

No, lateral raises are not a weight lifting category in the Olympics.