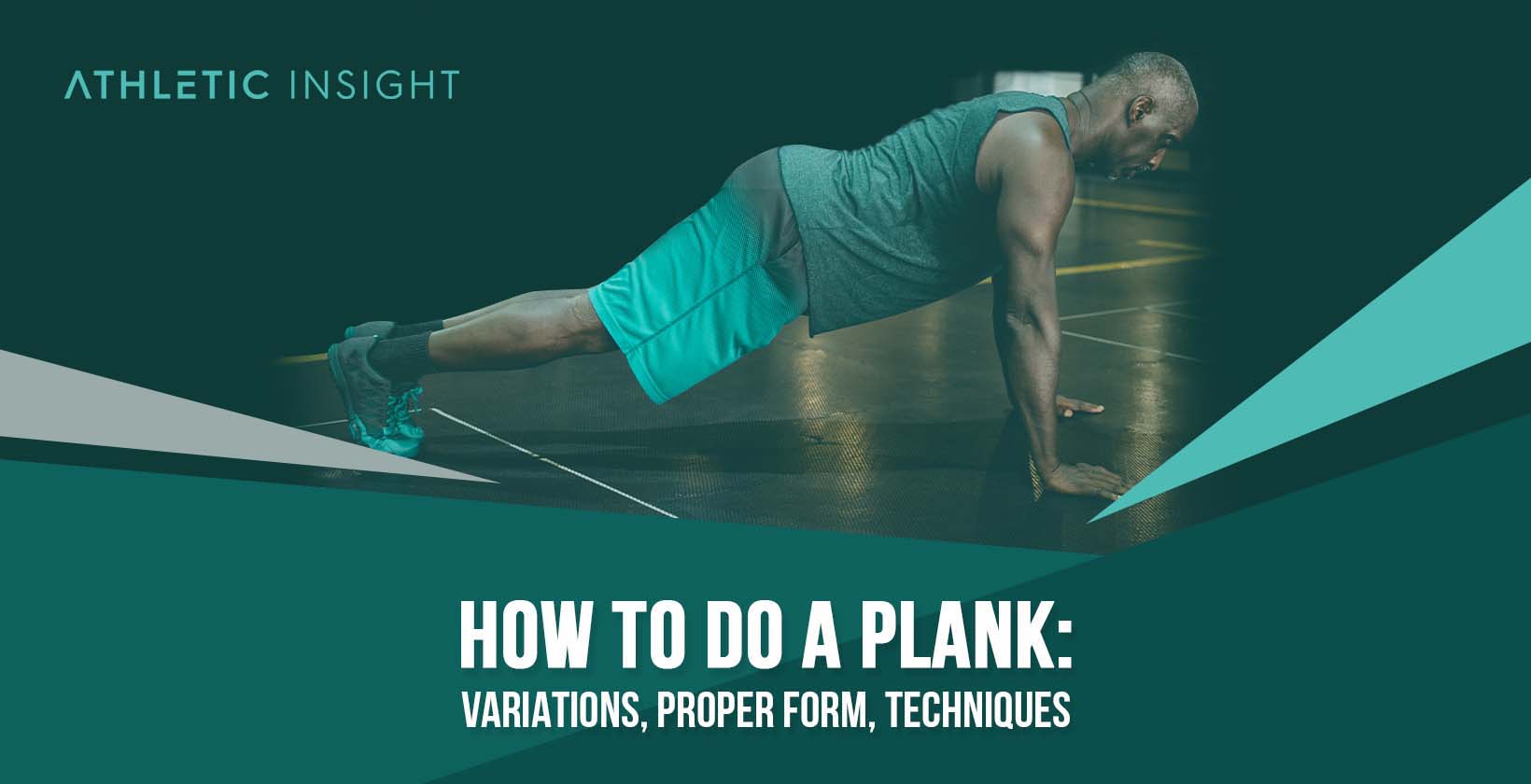 A plank is a core strength exercise that targets your rectus abdominis, the long muscle that extends from the top to the bottom of your torso. However, the plank for core exercise works more than abdominal muscles. For example, they activate your external and internal oblique muscles, and transversus abdominis, a muscle layer below the rectus abdominis and obliques.

The many benefits of the plank include muscle activation in the upper thigh, back, arms, chest, and shoulders. Proper plank form means maintaining a straight line by looking down at the floor, tucking your toes, lifting your hips, and arms vertical and directly below your shoulders.

The main plank mistakes are arching your back or lowering your hips during the plank position. These common mistakes result in an undue force on your arms, lower back strain, and reduced activation of core muscles.

Common injuries include rib and shoulder joint pain, with lower back pain being the primary culprit. These injuries can be avoided by maintaining proper form during a plank, and ensuring you’re not overdoing plank exercise time.

There are numerous fitness plank variations; we will focus on eight main plank exercises for beginners that target the core.

How To Perform Plank with Proper Form?

Proper plank form means your core, upper arm, shoulders, and legs must be engaged for maximum efficiency. An effective plank that requires less body weight support and shoulder stress is the knee plank. Here’s how to dominate the plank.

This is an excellent plank exercise for beginners. If you’re new to planking, make it a goal to master the proper form. Then, for the duration, try to hold the position for 30 seconds to one minute a set.

What Are the Benefits of Plank?

It’s important to understand the advantages of planks because they extend further than just a core enhancement exercise. While planks target your abs, the other muscles involved are considered stabilizers. For example, obliques, which sit on the sides of your waist, are stabilizers, meaning they support the primary muscle that planks target.

Additionally, other muscles in your back act as antagonist stabilizers, meaning they contract during a plank to assist in control and posture during the contraction of your abdominal muscles. Here are some other plank benefits.

What Are the Mistakes for Plank Form?

Here are eight common mistakes made in Plank form:

In addition, sometimes most people make the other plank mistakes not listed above.

Which Muscles Are Involved While Performing Plank?

The 12 muscles involved while performing a plank are the following.

What Are the Plank Variations?

The variations of plank are different ways to perform a plank that sometimes provides more challenge than a basic knee plank and also puts more weight and focus on different muscles.

What Is the Necessary Equipment for Plank?

The great thing about plank (exercise) is that you don’t need a gym membership to do them. To complete a forearm plank, full plank, knee plank, walking plank, and many other variations, the only thing you need is a soft surface. You will need dumbbells and a medicine ball for some exercises like the plank with row and the swiss ball variations.

What Are the Abs Muscle Exercises with Plank?

Here is a 10-minute workout program that emphasizes plank for abs:

This abs workout is based around the basic form of the plank, with rests in between and variations like low and side plank.

What Are the Plank Related Facts?

Any physical activity; specifically, high-intensity exercise, induces positive benefits, like increased blood flow, serotonin, and dopamine. However, because they work nearly every muscle in the human body, planks can provide joint, posture, and stability benefits without high-intensity training.

Does Plank affect the hormones?

Is Plank a Compound Exercise?

A plank is a compound exercise because it requires the contraction of your core, leg, arm, back, shoulder, and chest muscles. In other words, planking involves using essentially every muscle in the human body.

What Are The Alternative Plank Exercises?

Here are the alternative plank exercises.